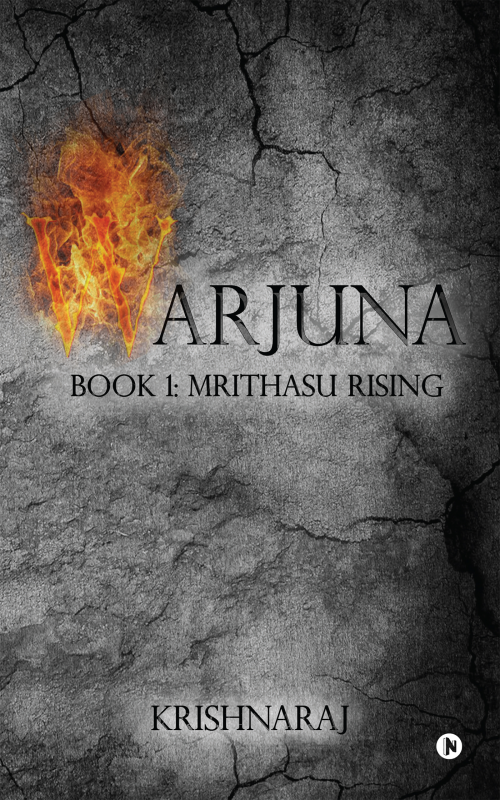 My Take On Book:

This book really impressed me in many aspects. The characters evolved very magnificently. The title may say as Mrithasu rising but you will feel him only at the end. The story is definitely between the good and the evil.

Author has borrowed the characters name from mahabharata tale but the story is not about mahabharata. Protagonist Arjuna , Prince of Wagharr starts his journey to mighty peaks of Himavan so as to save his citizens. There he discovers what his life has been destined.Kanha( Krishna) is who sets Arjuna in that path.  Arjuna is a perfect prince who has all good and intellect qualities. Kanha believes that only Arjun could save mankind from Mrithasu.Arjuna is compelled to travel to different place in Bharata and finds himself being responsible and saves each kingdom from the Hayacree clan attack. Hayacrians take over every kingdom either by fight or by with boon( immortality) if the kingdom wish to surrender themselves.

I loved the part where each character speaks out there mind, There are many lines reflecting characters mind thoughts. The story travelled effortlessly to each page. The author didn’t rush up to the end but steadily moved across the storyline. the last chapter where the author travels to each kingdom after Arjuna left was really awesome. That explains that these kingdom will stand beside Arjuna when the final battle starts.There were no twists and i believe that author has more secrets to revealed.Loads of questions pops up as like why Kanha chose Arjuna? Who is really Mrithasu? Mrithasu tale was least told in this book. I hope that author will be answering these in his upcoming sequel.

This book is the narration of trust,belief,loyalty,anger,betrayal,fight,death and war with the gripping storyline. Abolutely I would recommend this book to others. Kudos to the author for his fine work.