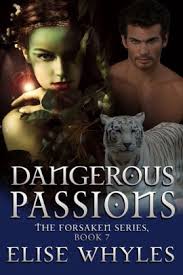 Haunted by visions, Calypso sets out to find the man who stalks her dreams. Calypso, an ageless fae, is convinced this man will enslave and torment her just like the one who held her long ago. Determined to track him down and kill him, she’s prepared for anything, except for what she finds. The mortal male she encounters stirs embers she thought long dead, making her yearn for his touch.

Lucien has always believed himself to be a mortal slave. The truth, however, is more than he’s ever imagined. Born to a fae mother and a warlock father, he is a falock, a being of mixed blood hated by both races. And he’s destined for greatness…if he can survive the Roman gladiators’ games long enough to grow into his immortality.

When the slim beauty rescues him from the depths of his prison, Lucien comes face to face with the truth of who and what he is. Determined to protect the woman who rescued him, he’ll risk everything, including his chance at immortality.

Can a weary, distrustful fae and the falock she’s claimed overcome the obstacles in their path?

He leaned forward, her soft whisper echoing in his heart. It seemed she was a slave just as he had been. Heat swirled around him, stirring the embers of want, of need as he traced over her face with the backs of his fingers. Delicately made, she appeared so fragile, yet he knew her strength and her skill. His fingers burned where they touched her skin as he trailed them down her neck to curl around in a loose hold. “I shall protect you.”

The vow fell between them like a stone. He caught the flare of something in her eyes. Fear? Nay, something deeper, something richer.

Leaning forward, he stared into her eyes, her face turned up, lips parted. He could feel the warmth of her breath on his skin, the softness of her hands on his chest as he pulled her into his body. Lucien brushed his lips over Calypso’s, the barest of touches. Soft, moist, her lips yielded beneath his. Again and again, he pressed gentle kisses along her mouth, her nose, her cheeks. The soft whimpers escaping her added fuel to the fire in his blood. Her hands slid around his shoulders, her nails digging in as his fingers tangled in her hair. Tilting her head back, Lucien offered a hint of a smile before he captured her lips in a deep kiss. He licked along the seam, tasting the sweet traces of the fruit she’d eaten. He nipped at her bottom lip, drawing a startled gasp. With a low groan his tongue darted inside, tasting her. Lucien devoured her, claiming her lips repeatedly. Desire licked at him, pushing him closer and closer to the brink.

“We mustn’t.” Calypso’s whisper crept over him even as he felt her move against him. The faint note of fear in her voice like a bucket of water. He pulled back, resting his forehead against hers.

“Aye, we must keep moving. Come, my lady. We’ve a long journey ahead.” He wrapped his fingers around her hand and shot her a quick smile before stepping back. Lucien turned her slightly and fastened her bodice in place. “I will keep you safe.”

“But who will protect me from you?” Her words, spoken so low he knew he wasn’t supposed to hear them, added to the confusion within his mind. What kind of female was the one who even now held his hand as they moved through the growing darkness? 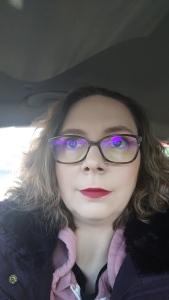 Born in Northern British Columbia, Elise is a small-town girl. She writes in a variety of genres including paranormal, contemporary suspense, m/m in various lengths. Currently, she lives in British Columbia with her husband and son, one dog, one cat, and a gecko. Elise enjoys reading as much as she does writing, with some of her favorite books being read until they fall apart.

She is currently working on the next book in the Forsaken Series, Burning Rain. As well she has a new contemporary she’s working on. For more information on Elise, or to check out her books you can find her on Facebook, twitter, and her website.

Interested much in books and reading. Thinking to express my thoughts. View all posts by Devika Ramadoss

Book Review:The Murderer's Ape Rating:5/5 My first book in this new year became very special to me. The Murderer’s Ape by Jakob Wegelius stays high in terms of rating of all books I read. Sally Jones has to find an evidence to prove her captain’s innocence who has been convicted for twenty five years of life in jail for committing a murder. Sally Jones, an engineer,an ape , an intelligent ape was abandoned because of the murder trial ends up meeting new and different people who in turn takes her to her unforgettable life journey. A must read children book to be there in our shelf. Do you want to know how to teach your kid to be kind,to go on, to be hopeful, to take revenge(in a beautiful way)?Then gift this book to her/him. Of course it’s never late even for adults to learn good things.You might also should read this book. An ape who is more human than you and me. She is compassionate,respectful,dignified,lovable,dutiful and many more things. The writing was beautiful and thoughtful. Oh my god every character was beautifully portrayed. A coin has two sides ,like ways every human has to have two sides. Be like Sally at times in your life to understand why the people have the other side of themselves. Sally observes ,Sally listens. Sally impressed me a lot. This book is a flavor of thriller,adventure and drama. The last 200 pages was dragging but I couldn’t put the book down ,until I saw Sally with Captain again.I am happy for Sally #reachthroughwordsreviews #bookstagram #bookreview #chennaibookstagram #themurderersape #childrensbooks #reachthroughwords #sallyjones #bookstoread #booklovers #review
Book Review: Who Killed The Murderer by @moits04 Rating:⭐⭐⭐🌠/⭐⭐⭐⭐⭐ 💧Will you pick a book by seeing the title alone? Yes I did. 💧I should mention about the mental trigger factors in this book. I found it little hard to cope up or make peace with that fact 💧Language and narration was simple 💧You will be tossed between right and wrong. You will feel pity and also be angry at the same time. That’s the best part of this novel. 💧The first half is the well played part. 💧A short novel which could be finished in one sit. Thank you @@moits04 for the review copy. @ddsahay Catch the complete review on my blog. The link is the bio. #bookreview #bookstagram #bookstagrammers #mentalhealth #psychologicalthriller #crimenovel #thrillernovel #chennaibookstagram #tamilnovels #detective
Book Review: Justice Gone by N Lombardi JR. Rating:4.5/5 A clean and perfect legal adventure at its best.  An intelligent straight forward legal sessions to get glued to the plot. This is one book where I admired each and every character. Author was so sure about the characters where he portrayed them special. He made me to like the character the moment they were introduced with the unique description or their ways. Justice Gone” is meticulous in plot and flow which grabs our attention in every way right from the start of the book. You cannot put this book down until you reach the end. Catch the entire review on my blog. The link is in my bio. Thank you @b00kr3vi3ws for the review copy. #bookstagram #booksofinsta #bookstagrammer #chennaibookstagram #justicegone #lombardi #legalsessions #courtroom #lawyer #legalthriller #bookstoread #justice