Anushka, the only daughter of her parents, is a librarian of an esteemed institute but she has a dream of becoming an author. Kaushik, the younger of two brothers, is a lecturer of a College in Siliguri. They meet, fall in love and wish to marry. They think and believe that one completes the other. But, things go awry and separates the two love birds. Though apart, they keep their love enflamed in their hearts. The pangs of separation tears apart their hearts but they stay firm to the sacrifices made. While, Anushka becomes an acclaimed novelist and Kaushik, principal of a college. But, they both have one wish- to see each other again. And they do. But fate had other plans in store for them.

The story is about the love life of Kaushik and Anushka. A love not meant to be together but stays forever in each heart.
Kaushik is a man we see day today life who falls in love with a girl at first sight. Anushka is a next door girl who is both shy and ambitious. But what makes these normal character an unique one along the story-line  is that their sacrifice made by each other for each other.
The narration and language is too simple and easy which made the further sequence predictable. The magic of emotions were lightly handled which made my end expectation weak. But the final part of the book worked out well. The compassion took over me towards the end where I felt the full emotions of Kaushik and Anushka.
May be the novel is really short. From my side I thought it could have been little elaborated. I mean the sudden meeting of Santhosh and kaushik , the meeting of Meera and Santhosh looked like a deliberate one. The scenes jumped from point to point and because of that he flow of the plot was fluctuating.
Now coming to the nice part of the novel
* Each and every character was beautifully written. Minimal characters with impressive character development. The characters become more likable in the end even though it was set at the sad background.
*The sacrifice was executed impressively. It was not exaggerated but finely drawn. Because of that I was able to feel the love of Kaushik towards his daughter.
*The love between Kaushik and Anushka was way more matured than I expected. They treasured their love every moment when they met finally.
“Loveswept” will make an perfect impact on reader’s mind totally in the second half. this book totally for the romance lovers. They shouldn’t miss this book in that fact. 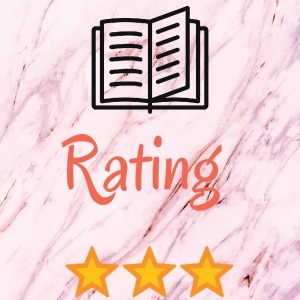 Prasupta Roy has worked as an English teacher in schools before she quit her job five years back to pursue her dream of writing a book. Many of her short stories ,articles and poems have been published in magazines newspapers and online. She is a contemporary romance writer. Besides reading and writing she loves listening to music. Writing is her passion and she feels that writing heals her heart and keeps her alive. Readers complete the journey of a book and she feels always encouraged by their reviews.
“Lovestruck” her debut novel had got a good response from the readers.